Effects Of Global Warming On Health A report of the effects of global warming on health published by WHO, has estimated around one million fifty thousand deaths every year due to global warming. Further it declared that each year five million people are suffering from health problems and diseases caused for this climate change. The rising concern over this matter has led many scientists and researchers to take a deeper look and prepare a plan to save human civilization from this onslaught.

Global warming has caused changes in temperature, ocean current flow, sea level, ecosystem, economy, agriculture, industry, settlements and related to all these – the health and living. Warmer world has created congenial atmosphere for the breeding and life expanse of various virus, bacteria and carriers of infectious diseases. Few evidences of global warming leaving negative effects on human health are:

– The vectors distribution of infectious diseases have been altered and increased.

– The seasonal distribution of few species of allergenic pollen has been changed.

– Various extreme conditions of global warming like droughts, heat and cold wave, storm, flood, fire will increase the death tolls as well as injuries and diseases.

– Malnutrition and disordered development of children.

– It will cause increase of malaria, diarrhea, cholera, dengue, encephalitis and other diseases.

– There will be constant rising rate of mortality due to ground level ozone related diseases as well as high cardio respiratory morbidity.

Thus it will affect human health in two major ways – with extreme weather condition and with rising infectious diseases. IPCC in a study of one of the most global warming affected area of Illinois, Chicago, has provided an apprehensive report that by 2020 extreme climate condition like heat wave will raise the climate average deaths to 400 and to 497 by 2050 from the present average of 191. European heat wave of 2003 is an example of its severity. Heat waves will even cause cardio respiratory complications resulting to high rate of deaths.

Effects Of Global Warming
The results of ill health due to climate change and infectious diseases are already evident. Houston as well as many tropical countries arcce experiencing frequent outbreak of malaria, dengue and other encephalitis diseases. Even colder regions like Michigan, New Jersey, New York, Queens are severely suffering from malaria since 1990 as a result of global warming. McAllen of Texas also suffered a dengue epidemic in 1995. Florida, New Orleans, Arizona, Mississippi, Texas, Colorado, and California – all are experiencing encephalitis epidemic for global warming since 1987. According to IPCC, 65% of world population will suffer from high risk of infectious diseases in near future. The risk itself will be increased by 20%, only as a result of global warming.

There are predictions that the future effects of global warming may have its benefits as well. In the northern part of the world such as Canada, the warmer temperatures will mean longer growing seasons and more rainfall. This of course then will put an end to any food shortage that may be occurring and provide a new sense of prosperity to countries throughout the world which have been struggling to survive.

Many of the changes and effects listed above are already taking place today on a smaller scale of course. Sea levels are rising due to thermal expansion of the ocean, in addition to melting of land ice. Amounts and patterns of precipitation are changing as well but only slightly in comparison to what has been predicted for the future. Changes in temperature and precipitation patterns increase the frequency and intensity of other extreme weather events such as floods, droughts, heat waves, and tornadoes.Effects Of Global Warming On Health

Other effects of global warming include higher or lower agricultural yields, further glacial retreat, reduced summer stream flows and species extinctions. As a further effect of global warming, diseases like malaria are returning into areas where they have been extinguished earlier. This is only the beginning of the effects global warming can have on our earth. As the greenhouse gases continue to increase and enter the atmosphere these effects are only going to increase in severity making it harder and harder to maintain our quality of life.

Facing such an impending calamity due to climate change, the requirement of proper planning and organized adaptation to new and changing condition has received a new dimension. Along with urgent and basic adaptation practices to fight the immediate effects, a longer planning and elaborate gradual methodology are also necessary to address the severity of future conditions resulted from this. A participatory approach to the holistic development of human health is expected to sober down the effects of global warming on health to some extent.

Check Here for getting more information On Walking Improves Obesity and Global Warming.

Popular posts from this blog

February 10, 2018
Public health experts suggest that people can attack them both by cutting calories and carbon dioxide at the same time.

What people constantly forget in all this is that the food supply chain, in its entirety, contributes at least 20% of total greenhouse gas emissions, and probably more, depending on how you define it. Relatively speaking, obese people consume up to 40% more in terms of calories,

One suggested way is to walk a half hour a day instead of driving. It is accepted to us that if we do walk anywhere, even just that half hour a day, calories will be burned and thus a start to being healthier and cutting down on emissions. That is one way Americans…
Read more

Can Obesity Affect Your Mental Health? 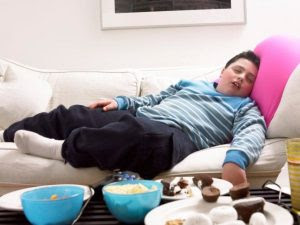 The World Health Organisation (WHO) estimates that by 2020, two-thirds of the global burden of disease will be attributable to diseases such as obesity, diabetes and heart disease. Philip James, a member of the expert panel and chair of the International Obesity Task Force, warns: “We now know that the biggest global health burden for the world is dietary in origin and is compounded by association with low physical activity levels. This is going to plague us for the next 30 years.” In early 2011, WHO reported that there approximately 345 million people worldwide who had a BMI of 30 or more (which is considered obese on the BMI index).
Why are obesity rates increasing?
The main reason obesity is increasing worldwide is a result of changes in diet and physical activity. The “nutrition transition” toward refined food and increased fats play a major role in the increase. Urban areas or cities tend to have a higher amount of obese people then rural areas do. This is mainly due to food bei…
Read more

It could be fair to say that there is no more “business as usual” when it comes how some view global health. While living among those privileged to have churches, clinics, or 24 hour convenient drug stores on every corner, linkages between developed and developing countries are seldom mentioned. However, these linkages demonstrate the minimization of the gaps between the two types, and emphasize the ever growing effect one has on the other.
I recall participating in a humanitarian mission overseas while serving in the military as a US Navy Hospital Corpsman, and awaiting the opportunity to use a payphone to call my parents back home in the states. Today, I can simply use my own cellphone with international capability, as well as use Skype or other software enabling video calls. Advances in telemedicine have improved medical response and have made possible opportunities for distant professionals to collaborate.
We celebrate nongovernmental organizations (NGOs), like Doctors Without Bo…
Read more